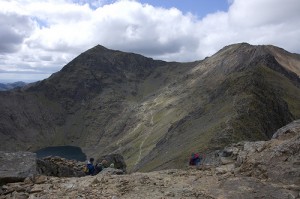 Snowdon is a mountain located inside of the Snowdonia National Park towards the North of Wales. The mountain stands at 1085m above sea level, making it the largest mountain in England and Wales, and the second largest in the whole of the United Kingdom.

Snowdon’s name comes from the Old English name for the mountain snaw dun, which means “snow hill’. Although the name suggests that there will be buckets of snow on the mountain, the summer months rarely see snow. Usually snow will be present from October up until early June.

There are 6 main routes up Snowdon:

This entry was posted in Local Information. Bookmark the permalink.