Surf’s Up For Snowdonia 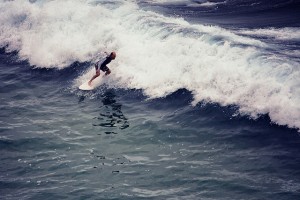 No matter how hard you scrunch your eyes and try to picture Hawaii, the quintessentially icy climes of Snowdonia will never conjure up images of tiki statues and hula skirts. However, thanks to Conwy Adventure Leisure, the beautiful state’s most famous sporting export could be making a splash in North Wales very soon.

The destination is as unconventional and exciting as the premise itself: an old aluminium works being the venue for Surf Snowdonia, a project which has finally got off the ground after seven years of hard work.

Being the first of its kind in the United Kingdom, the ambitious task of creating a hot-spot for surfers countrywide is pencilled in for a public opening as early as next summer, leaving the developers enough time to implement their pioneering Wavegarden technology.

120 waves are expected to be created per hour in the Dolgarrog Lake with variable sizes available for seasoned pros or newcomers. Since its inception in Spain last year, the scheme has been making waves in the surfing world with its accessibility a positive – CAL are hoping to attract over 75000 thrill-seekers per year!

“It is excellent news to have received planning permission for Surf Snowdonia and it means we are well on track with our plans to bring surfing to North Wales,” the managing director of CAL, Steve Davies, has recently reported.

The venture will be making waves in the employment sector also as it’s reported 135 people will be needed to help create the venue with 60 further required after its opening which represents an ideal opportunity for young people in the area.

Tourism will receive a welcome boost also with the regional hotels expected to be crammed with surfers from across the country and perhaps even the globe. With developments on-going in Barcelona, Berlin, Australia and Hawaii itself, it’d be quite the pull for those seeking a challenge abroad in the north of Wales.

With work expected to commence imminently this autumn, the Conwy Valley might just find it has another attraction to add to its impressive collection in 2014.

This entry was posted in Activities, Attractions, Local News. Bookmark the permalink.