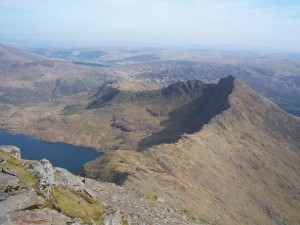 Hotels in Snowdonia are a great place to stay if you’re looking for a UK holiday destination that not only has beautiful sights, but also has a lot of history and interesting tales to discover.

Recently, the Welsh government unveiled their Year of Legends campaign, which plans to boost tourism within the area in the New Year. Their aim for 2017 is to promote Welsh icons, legends and tales to visitors – so we thought we’d share two of the folklore classics which were set within Snowdonia.

Once you’ve had a read, why not visit the exact places in which these tales were set? 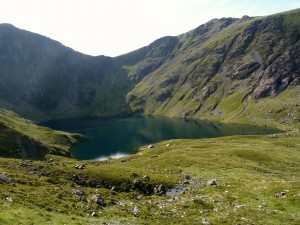 Cadair Idris is one of the popular and well-walked mountains within the Snowdonia National Park. At 893 ft high, this impressive mountain overlooks Dolgellau, and can be found in the South of Snowdonia.

There have been a number of tales associated with this mountain. Even its name comes from a folklore tale. ‘Idris’ was a giant, and this mountain was supposedly his chair. The Welsh translation for chair is, as you might have guessed – cadair.

There are a number of ways to begin the ascent up Cadair Idris. It’s quite a challenging trek, so you should be prepared for some steep climbs. However, if you’re planning on camping here – it is said that anyone who spends the night on the mountain of Cadair Idris will awake as either a poet or a madman!

This rather poignant tale was set in North Wales within the 13th Century. It tells of how Llewellyn, the then Prince of North Wales had a trusted dog named Gelert and a small baby – both of which he adored. One day he decided to go out hunting, and leave them both behind in the palace.

Upon his return, the dog was found to be covered in blood, and the baby nowhere to be seen. In a fit of panic and rage, he kills his dog – believing it had killed his baby whilst he was out.

Shortly after doing this, he hears the baby crying and finds it unharmed, next to a large wolf which Gelert had slain to in order to protect them both. Distraught by what he had done, Llewelyn created a large grave in memorial for his beloved dog.

This grave can still be found today along the banks of Glaslyn Lake. Beddgelert village is also named after Gelert the dog. The mossy woodlands within this area are a fantastic place to take a walk through if you’re visiting Snowdonia.

This entry was posted in Attractions, Local Information. Bookmark the permalink.