The Seven Wonders of North Wales 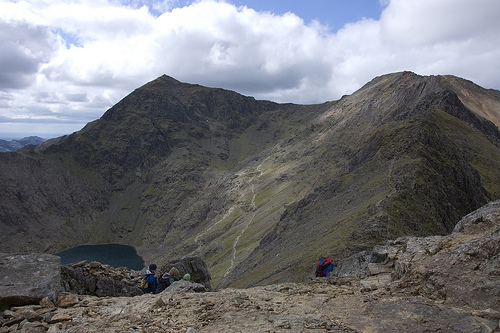 Many people visiting North Wales might be looking for hotels near Zip World and all of the other fantastic activities which can be found within this region. Activity days are always brilliant way to enjoy a holiday, but there are plenty of natural attractions here which are certainly worth a visit too.

The Seven Wonders of Wales is a list dating back to the late 18th century, which comprises of some of the best landmarks in North Wales. If you’re looking to explore the history of this fantastic region, you might want to start with these.

Located in Powys, this enchanting waterfall is formed by the Afon Disgynfa falling over a cliff face, which is over 240-foot high. Pistyll Rhaeadr translates to ‘spring of the waterfall’.

The waterfall is a Site of Special Scientific Interest, and is a popular tourist location. Surrounded by lush green foliage during the summer months, it’s the perfect location to stop and have a picnic.

There’s a 3 mile circular walking route which crosses the foot of the waterfall, which takes you on a journey through Welsh hillsides and quarry heaps before returning to the small Pistyll Rhaeadr car park. There’s also a small café onsite if you need a refreshing drink after exploring.

You’ll find a bridge to safely view the waterfall; however it is possible to reach the river below.

St Giles’ Church can be found within the town of Wrexham. This parish church is Grade 1 listed, and is the largest medieval church in Wales. The earliest reference of the church dates back to the 12th century.

Both the interior and exterior of the church are ornately decorated, and feature beautiful medieval carvings, including intricately carved angels and deer. Rich in history, the church is now a popular place for visitors, as well as remaining as a place of worship for many.

The founder of the private and renowned Yale University was buried outside of the church, with his tomb remaining within the church grounds today. The churches striking tower, with four hexagonal turrets can be seen from a long distance throughout the town of Wrexham.

In fact, the oldest Yew Tree is estimated to be around 1500 – 2000 years old, making it older than the church itself and certainly the rest of the buildings and monuments within the village.

The village of Overton is also home to a number of impressive 18th century buildings, with many being officially listed as buildings of historic interest.

St Winefride’s Well is located in the town of Holywell, Flintshire. It is said to be the oldest pilgrimage site in Britain, with many religious believers still making the journey over to it today.

Referred to as the ‘Lourdes of Wales’, the healing waters within the well were said to cause miracle cures on those who bathed within.

The rather gruesome story which gives the well its name, tells of girl whose head was severed by an angry prince. Where it fell, a spring rose from the ground, which later helped restore her back to life, before gaining her the title of Saint Winifred.

The small town of Llangollen is home to Llangollen Bridge. First built in 1345, it allowed for locals to cross the river Dee. The original construction was replaced in the 16th century, which became the bridge we see today.

The bells of the All Saint’s Church in Gresford are listed within the seven wonders of Wales for their clear tones. The church itself is also worth visiting, featuring a grove of Yew trees the same size and age as the ones which can be found within Overton.

Last but certainly not least, Snowdon is considered one of the seven wonders of Wales. The tallest mountain in Wales can be found within the Snowdonia National Park, and sees thousands of visitors up to its summit each year.

There are a number of routes up to the summit, as well as a railway service which can take you right up to the top after a scenic journey up the mountain. The 1,085m tall mountain offers spectacular panoramic views of the surrounding Snowdonia scenery.

This entry was posted in Attractions. Bookmark the permalink.