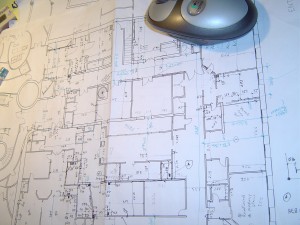 There were so many highlights in the event calendar for Snowdonia that it would be hard to pinpoint just which one was the best. So, Snowdon.com has decided to compile a list of some of our favourites.

One of the hidden gems of North Wales is the small coastal village of Portmeirion, which is famous for being the shooting location for the cult television series, The Prisoner.

In its second year, Festival No.6 was a fantastic celebration of all things indie with so many great underground acts takin to the stage in the typically sleepy village. 80’s shoegazers My Bloody Valentine were one of the highlights along with eventual Mercury Prize winner James Blake.

There was more than just music to this sprawling event however as authors and writers from all over congregated for workshops with their heroes.

If it’s anything like this year’s event then 2014’s occasion is bound to be even bigger and better.

There were plenty of spooks and scares to be had in Snowdonia this year as the season to be ghoulish went by with one or two bangs in the night.

Usually charming and delightful, GreenWood National Forest Park became a haven for all things scary this October thanks to the Halloween Spooktacular being held there. Kids were treated to all manner of arts and crafts activities with one or two special events enjoyed also. Performances in the theatre and owl walks were a couple of the many highlights for this year.

Elsewhere, Bodnant Garden had a much gentler tone but equally fun time fir all families with there being much in the way of spooky story-telling and pumpkin carvings.

There’s so much open space and rolling landscapes to explore in Snowdonia that it’s little surprise that it’s always the home for many highly competitive and exciting endurance events.

The Snowman triathlon was part of a trilogy of North Wales marathons that were all equally gruelling. Taking a dip in the icy cold Snowdonian waters after a hefty run before an exhaustive bike ride may not sound like a lot of fun but hundreds took part in this superb event.

More family friendly but equally difficult, the Snowdon marathon took in a course all around the natural landmark and was a closely-run contest with much competition for places before the starting gun even rang out.

This entry was posted in Activities, Attractions, Events. Bookmark the permalink.